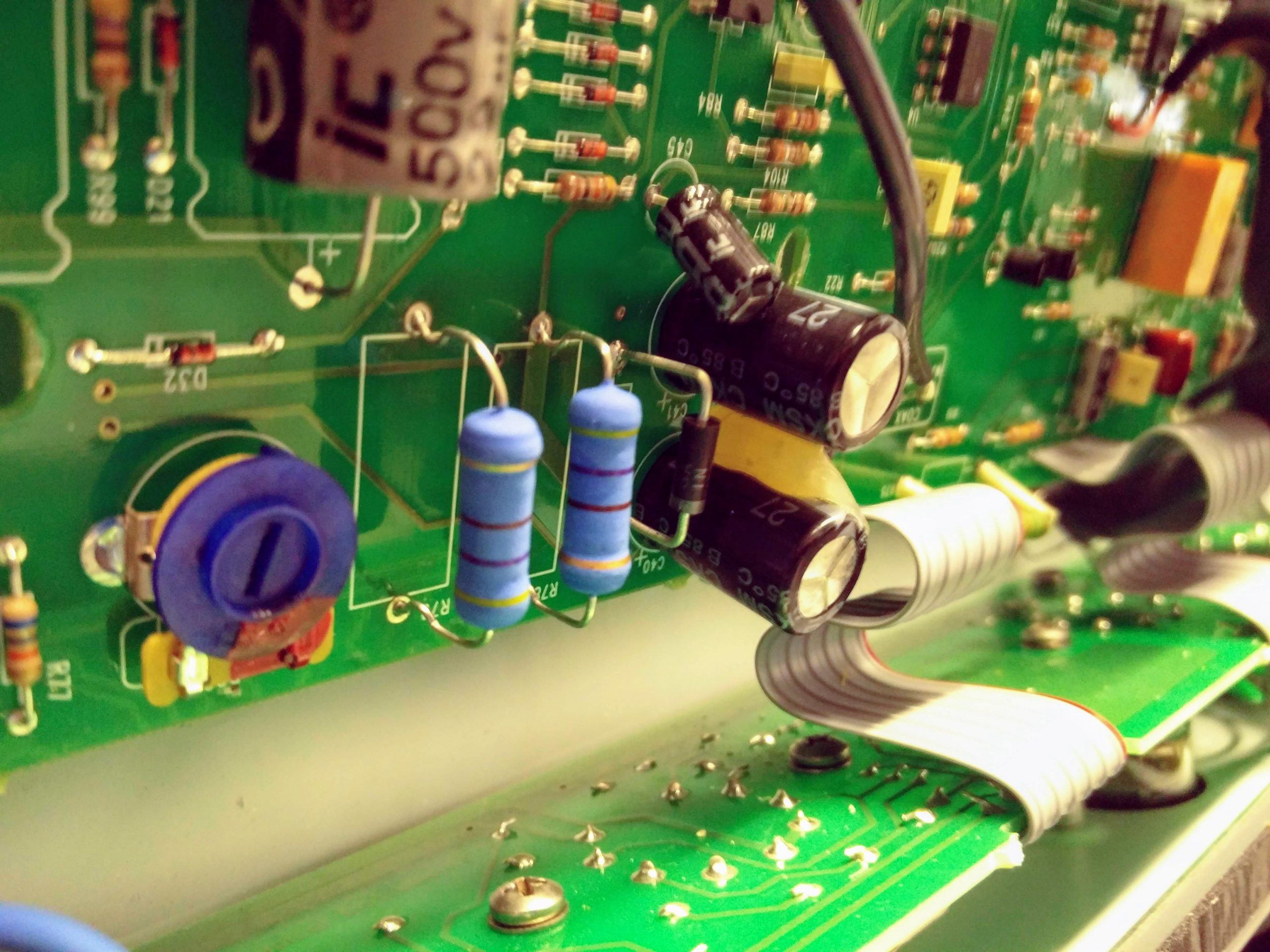 Hot Rod Deluxe repairs are the most common jobs on my bench. I’ve fixed lots of these amps (see here). The Hot rod Deluxe/Deville and Blues Deluxe/Deville have a number of common faults, all of which are easy to address.

PLEASE NOTE: these items will often appear as ‘available for back order’. I hold a small stock level for this site and a large stock level for my working repair shop, where I see many HRDs each month. I usually do have stock in the repair workshop that can be transferred to fulfil your order.  Back ordered items will usually ship within a week.

This is far and away the biggest problem with HRD and BD versions 1-3 and counts for about 65% of the units I see. The amps use a Resistor/Zener/cap combination to create an LT supply. This overheats and desolders itself, often causing some degree of PCB damage. You can see just how hot the amp gets on the thermal images on my repair website). The difficulty of the repair depends upon how long it’s been left unfixed – in worse cases the PCB has been more damaged by consistent overheating and requires some degree of retracking. The footswitch supply occasionally has similar issues. The way to fix this is really simple – just use resistors and zener diodes with preformed leads that hold the components away from the PCB.

I’m not an advocate of recapping an amp for the sake of it, but Fender use unreliable filter caps which have a tendency to fail, this is probably a good 25% of remaining failures. They don’t *always* fail though, despite the forum claims. Whether they’re the cause of the problem or not I always recommend replacement as it’s worth doing whilst the amp is open to make the amp as reliable as possible, but in some cases you may prefer to decline to replace unless they’re the root cause of the problem. You can also upgrade a Hot rod Deluxe PSU to a Hot Rod Deville spec for a reliability upgrade. The tone remains the same, but the stress on the caps is reduced.

These have a tendency to go open circuit, but not all that often. I replace them with higher rated parts. These don’t often fail, but I put them in the ‘fix everything’ repair kit as a free gift. I know, it’s like Christmas came early.

There are no reviews yet.

This site uses Akismet to reduce spam. Learn how your comment data is processed.