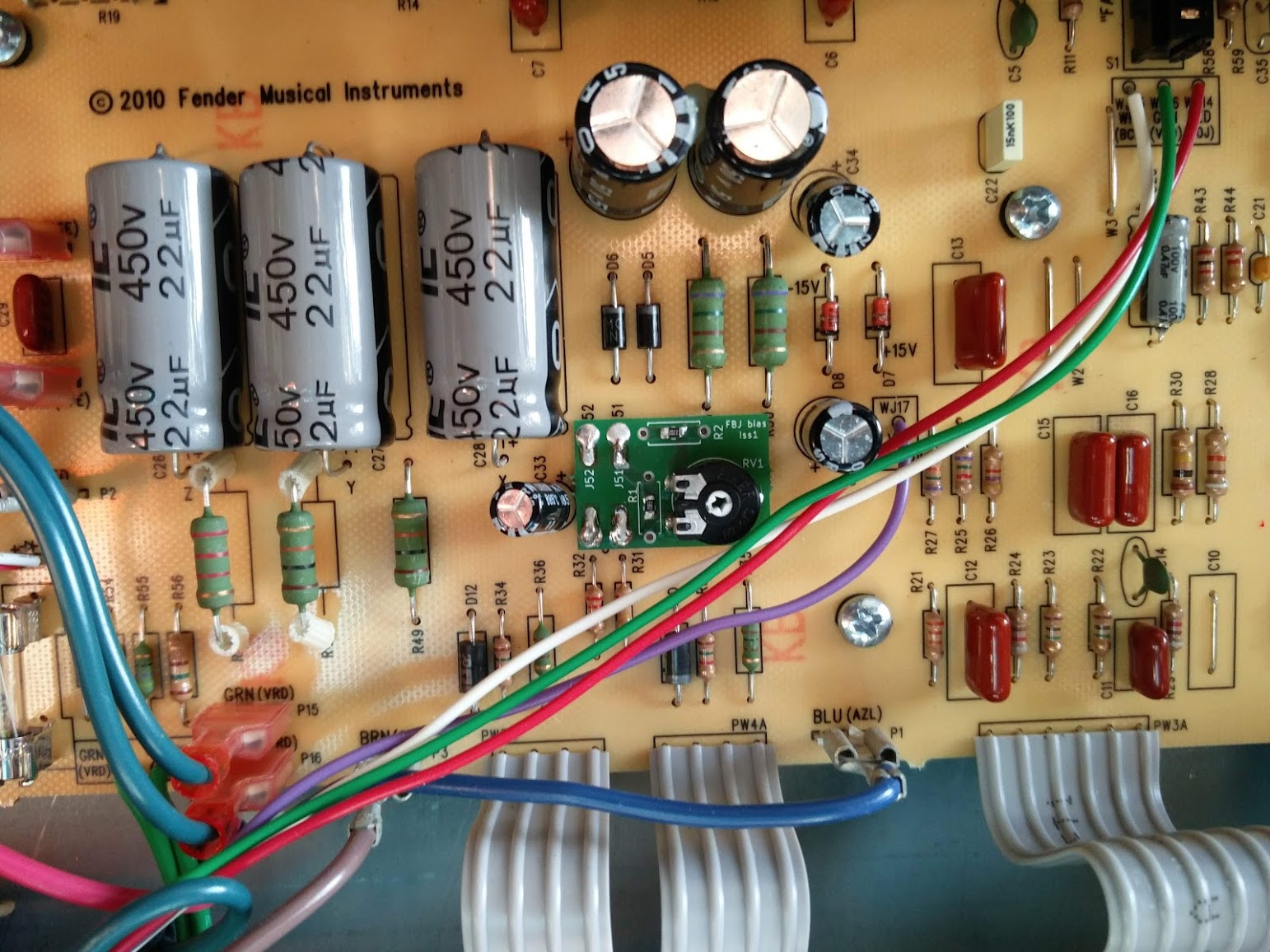 This is a Fender Blues Junior Bias Mod Kit. This kit is available as a single assembled PCB or in multi packs of bare PCBs.

Fender Blues Junior amps have one major design flaw. They use a non adjustable grid bias in the power stage, and it’s set far too high. I’ve seen as high as 130% idle bias on units straight out of the factory. It’s no wonder so many of them set themselves on fire!

I used to modify every blues junior for a variable bias by popping the board out, neatly drilling the PCB and fitting a trimpot. Then I realised that it’s possible to add a Bias mod PCB that allows you to change the bias without removing the Blues Junior PCB. So I designed one.

This Blues Junior Bias mod kit is designed so that in the unlikely event of the pot wiper going open circuit, the power valves grids swing negative, saving the valves. Much of the advice on the internet about doing this mod misses this – those mods will leave the grid floating up towards GND in the event of pot oxidation, which will destroy the power valves.

There are no reviews yet.

This site uses Akismet to reduce spam. Learn how your comment data is processed.